Thanks to Brenton from Haymaker Records for capturing this special moment of rock ‘n roll poetry.

To hearing every voice
The ringing is a ghost
Of love

Telephones that took our time

Even then I had very little desire to talk

And they love you

Do they all know how similar we are?
How hard it is for love
To age

It’s the one year anniversary of the Open Poetry readings at Revolution Records. We’re going to celebrate with several featured readers, an open mic, free wine, & a very special announcement from 8th St. Publishing Guild & Revolution Records. You definitely don’t want to miss this one! Open to all. 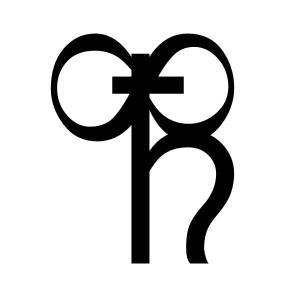 8th St. Publishing Guild is a Kansas City-based publisher of avant-garde/surrealist poetics. We love submissions. To submit or learn more, visit us online or come to meet us in person at our monthly readings.
https://www.8thstreetpublishing.com/

You can call it a blue wave. You can call it a pink wave. You can call it every color in the rainbow. Being a landlocked state we don’t talk a lot about waves in Kansas. But for the first time since I moved back here, nearly 6 years ago, I feel good about my political representation in Congress and for Governor. Last night the congressional district that I live in elected Sharice Davids: the first female, openly gay, Native American congresswoman. And that is really fun to say!

We also elected female democratic Laura Kelly for governor. We dodged a bullet in that race and I’m sorry to say this is probably not the last you’ve seen of her opponent Kris Kobach (Trump has already offered him a job in his administration).  But we’ve sent a message: that the majority of us in Kansas do not agree with his divisive opinions about voter fraud and the proliferation of guns.

I’m not saying that we don’t have a long way to go in changing the optics of our state. Racially motivated shootings, rigged polling locations, and maybe the worst governor in the history of the world are all part of our recent history.  But they are not the whole story.

I like to think of this election as a big log on the fire of a slowly growing light. Hopefully, this light will eventually grow big enough to show the rest of the world, what I’ve had the chance to see over the course of the past six years living in the Kansas City area. It’s a lot harder to change things from the inside out. And you can’t be more middle-America than Kansas. But there are a lot of beautiful, talented, and inspiring people around here.

So, go Kansas. Good job! Let’s take some time to celebrate and appreciate the work we’ve done. Then let’s get back out there and keep showing the world that the truest voices aren’t always the loudest or most shocking, that in our hearts we all want the same stuff and that the world is made for all the colors in the rainbow.

8th Street Publishing Guild a about all an and are at be beef jerky clouds better broken by can catcher dance death die do does dream every fire flowers for forget have human I I'm in inside Is it it's just Let's Love love poem major matt mason usa Making Matthew Louis Roth matt roth might more My Never not of old one Our Out paper People Poetry Revolution Records Schwervon! Schwervon poetry Sometimes taking The There's Things think this to us We What while with words You your
Beef Jerky Clouds
Blog at WordPress.com.